‘Unsung hero’ Andy Saunders has received recognition from Norfolk’s fire officers for the outstanding support he gives them behind the scenes at fire stations across the county.

Andy, from Norse Commercial Services (NCS), won the Norfolk Fire and Rescue Service (NFRS) ‘Making a Difference Award 2020’ after being nominated for his ‘tireless work’ and ‘upbeat attitude’, providing help and support to improve and maintain buildings and facilities within stations.

Following the cancellation of last year’s NFRS Awards ceremony due to the pandemic, Andy was among a raft of community heroes to be recognised, as award winners for 2020 and 2021 were officially announced last week.

As a building surveyor with Norse’s facilities management team, Andy manages the fire service contract for the whole county. A normally unrecognised role, his vital work ensures the stations are kept in the safest conditions so that the crews can focus on their life-saving work responding to emergency call outs.

Another essential part of his work is making sure that the stations are maintained to the most stringent legal standards and requirements and always fit for purpose.

Simon Hilton, a recently retired Watch Manager, nominated Andy and described why he felt he was so deserving of the award.

“Andy is always upbeat and has been really helpful over the years,” Simon said.

“He has been an unsung hero, working tirelessly in the background. He gets stuff done without making a fuss and despite being very busy. He is very knowledgeable in his role and provides great advice.”

He also underlined how Andy had been particularly helpful on a project to install gas props to a live fire training structure at Scottow Enterprise Park, in Coltishall, last year.

David Chapman, one of Andy’s colleagues from NCS, said there was no-one more deserving of the award.

“Andy carries a huge amount of pride in the work he does, and I know he is held in high regard by the Norfolk Fire and Rescue Service, which is reflective of the excellent relationship he has built up with them over many years,” David said.

“I’m extremely pleased he has won this award.” 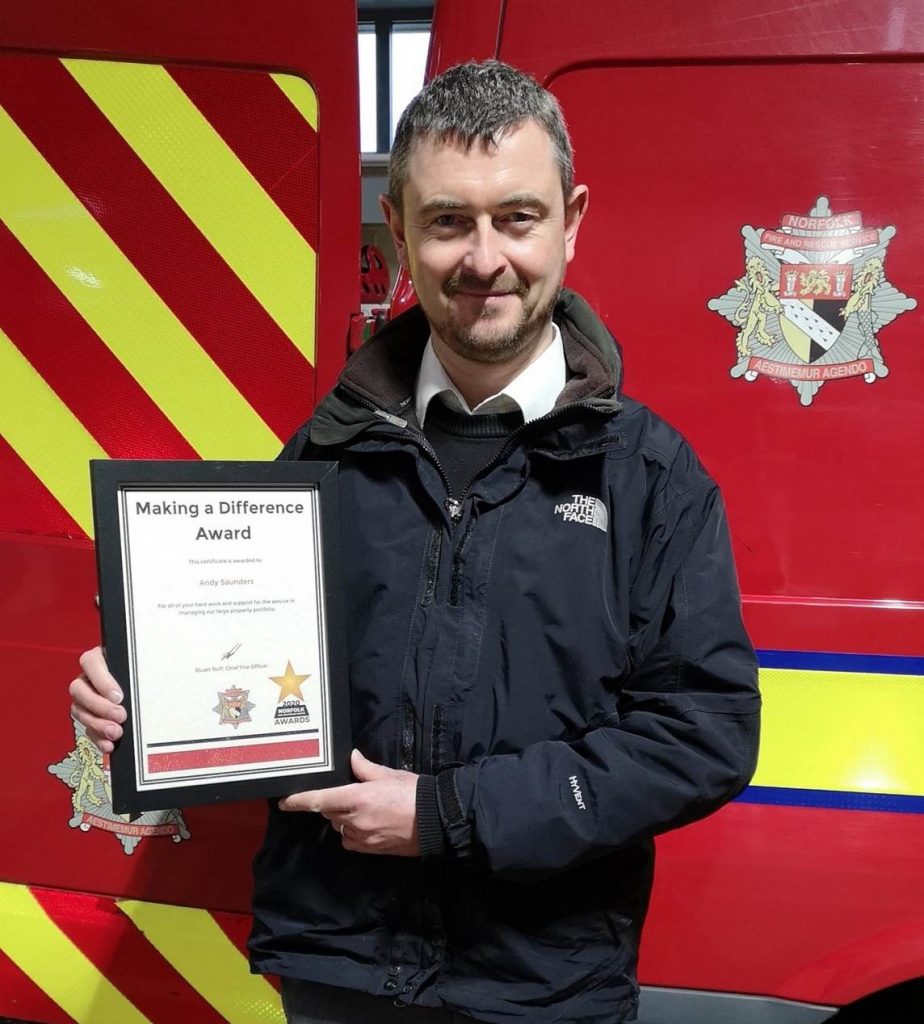